How to Win the Game of Developing Coaching Culture

Developing a coaching culture can sometimes feel like a game of Snakes and Ladders. You take steps to implement coaching within the organisation, you experience some quick wins and feel like you are making progress and then you face an obstacle and it feels like to you have just taken three steps backwards.

If not addressed, these obstacles can very easily sabotage your efforts. Often the benefits of coaching are never fully realised because funding is cut before there is a real chance for success to be experienced. Here we will highlight some of these obstacles and offer suggestions on how to navigate them so that progress in developing a coaching culture in your organisation is not down to the lucky or unlucky roll of the dice.

In engaging with organisations to discuss their experience of introducing coaching, here are some of the obstacles raised, along with what our observations of their culture have highlighted:

“Our managers don’t have time to coach people.”

The idea that coaching takes a long time to do is a bit of a fallacy. The key is to think of it as an investment in the person over the mid-long term as opposed to a short-term fix. A “let’s fix it” conversation might take five minutes, which is very appealing when the manager is pressed for time. However, what happens the next time something needs fixing? Another five minutes, and then another and another … and all the while the individual may not really be developing significantly by being told what the fix is (as opposed to working it out for themselves) and may also not feel particularly motivated or empowered. By investing in a coaching conversation, we not only end up with a “fix” that has been developed by the individual, but we have also started to teach the individual how to think more effectively for themselves through identifying key issues, exploring options, evaluating them and ultimately making a more informed choice.

Organisations that successfully develop coaching culture treat coaching as a powerful developmental and motivational tool. They frame coaching as an investment in their people and enable leaders to open up the space and time for such an investment.

“We trained 300 managers how to coach and it didn’t make any difference.”

The use of coaching skills by managers and leaders is the fastest growing area of coaching within organisations and is a key area where coaching can have significant impact. There are four immediate considerations here:

Organisations that successfully develop coaching culture invest in an appropriate level of coach-specific training for their managers and leaders which includes a high focus on the practical application of coaching and meaningful feedback. This feedback is given by trained and experienced coaches who have also delivered an accredited programme.

“We trained 75 internal coaches: they are not being fully utilised and many of them have left the organisation.”

Many organisations who use coaching start to develop internal coaching communities. There are several aspects to take into account for this to be successful. Our experience indicates that many organisations take a somewhat short-term view by agreeing to fund training for internal coaches and then failing to put in place the ongoing mechanisms for those coaches to be fully utilised. Important examples are:

“Working with my coach allows me the time to reflect and reach important decisions in my role. I could not do this so easily without the space and support that coaching provides me as a leader”

“We have spent a fortune on coaching in the organisation and can’t see the return on investment.”

This issue is closely related to the previous point and comes back to tracking and measurement. How can a return on investment be established when no clear measures of success were established in the first place? This may seem so obvious and yet in practice we notice that this is often the case. It is quite curious how significant sums of money can be found to introduce coaching and coach training as the organisation sees the launch a coaching “project”. Then, at some point, someone asks to see the return on investment and suddenly none can be found … this questioning of the value of coaching often comes at a time when budgets are being cut, perhaps because of some strain or major change within the organisation. Once again, the coaching initiative gets pulled at the very time when it is most needed. We have shared more about measuring coaching initiatives in our coaching culture series, and this is a critical part of the process.

Organisations that successfully develop coaching culture proactively assign a budget that has been calculated based upon some key plans and goals which have associated targets and measures so that a clear return on investment as well as a return on expectations can be seen.

“Coaching enables you to get clear on what you want to achieve and then build strategies to get there, addressing blocks along the way.”

As coaching becomes increasingly “mainstream” in organisations, the benefits could be experienced, not just by large organisations with “money to burn” but also by small-medium sized organisations who have more limitations on their resources. The benefits of coaching and coaching culture are available to all if it is carefully planned and thought-through. 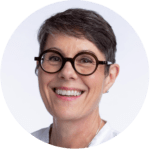