International Coaching Week – Is your Organisation on the Bus?

This week is International Coaching Week (ICW) and all over the world there are literally hundreds of events focussed on coaching. Some of them are professional development opportunities for professional coaches and managers and leaders using coaching skills; some are live demonstrations of coaching and others are presentations on the many beneficial aspects of coaching including its role as a strategic resource for organisations.

The profession of coaching is growing and evolving rapidly and has now become part of the daily lexicon of organisational and leadership conversation and strategy. The coaching bus gets bigger and better and it’s picking up momentum all over the world as individuals, teams and organisations experience the positive impact it has on performance, motivation, engagement, development, productivity, confidence, wellbeing, resilience, relationships, team-working, decision-making and many more valuable outcomes.

The question is: is your organisation on the bus?

A recent article by the Society for Human Resource Management (SHRM) Coaching: It’s not just for executives anymore quotes: “Many companies invest in coaching for executive employees. But there appears to be a growing realization that providing coaching opportunities to workers at all skill levels—even entry-level employees who are fresh out of school—creates a more productive work culture, as it helps shape the leaders of tomorrow”.

A more productive work culture and shaping the leaders of tomorrow are two vital elements organisations need to recover from the effects of the pandemic and get back on the road.

If your organisation is already using coaching, then the events of ICW will offer you some great opportunities to broaden and deepen the reach that coaching can offer. If this is all new to you, or if you need a little more convincing, then here are just a few snippets of information to encourage you to get on board and start using coaching as a highly valuable and impactful tool in your organisation.

Leadership was the main area of coaching most frequently mentioned in the 2020 ICF Global Coaching Study. This was followed by Executive Coaching and Business/Organisations along with Small Business Coaching. All of these areas showed an increase from the figures quoted in the same study from 2015.

A few years ago, coaching was aimed mainly at the C-suite and was primarily used for remedial purposes. The highly adaptable nature of coaching has led to a significant shift (as advocated in the SHRM article referenced above) towards coaching being an enterprise-wide activity. Moreover, coaching is now predominantly perceived and being used as a developmental and potential focussed activity rather than a performance management intervention.

More and more organisations are making a financial commitment to coaching. The ICF’s research on Building a Coaching Culture for Change Management showed that 24% of organisations had a dedicated line item for coaching in their training budget. In addition, 85% of organisations with a strong coaching culture and 44% of high performing organisations make this kind financial investment into coaching as an integral part of their people and performance development strategies.

Coaching is now increasingly being used in the public sector/non-profit organisations to help influence positive social change. 51% of coach practitioners and 49% of managers and leaders using coaching skills believe to a large extent that coaching is able to influence social change (2016 ICF Global Coaching Study). Organisations in the private/corporate sector are now increasingly offering the services of their internal coaches in support of social change projects as part of their Corporate Social Responsibility (CSR) initiatives. In this way, organisations make a significant contribution to society through coaching as well as benefitting from it themselves.

Get on the bus and get your organisation back on the road!

If you’d like to learn more about coaching and join in on the ICW celebration, I invite you to join me for the following sessions: 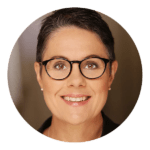