Last year I took a break from my 20-year journalism career to start the book I’d always dreamed of writing. I had a premise that I loved and had been given great feedback about it from an already-successful author, so thought I was good to go. However, every time I sat down to write, nothing was happening and my motivation took a nosedive.

It was then I had my first coaching session.

After the first session, my coach quickly helped me identify that I was struggling with my confidence. Even though I had had millions of words published in newspapers and magazines, she helped me see that deep down, I didn’t really believe I was capable of writing a book. My coach also helped me understand that even though I could confidently write a 2,000-word magazine feature in a day, my creativity was being crushed by what I saw as an impossible 90,000-word project – especially as I’d have to have completed it before having any idea if it was any good!

Coaching helped me to see I was prioritising anything and everything to avoid having to face what I was convinced had become an unachievable goal.

After just one coaching session, I was able to delve into my frustrations and get to the bottom of what was holding me back. Most importantly, it made me realise that the only thing stopping me from writing 90,000 words was myself. I was a writer and this was not a hobby. By encouraging me to take the project more seriously, I began carving out set times to work on it and created a space in my home that was dedicated to my book. This also made me see how disorganised I was and helped me find a more efficient way to run a busy family home that didn’t compromise my ability to find time to write.

By week two, I’d nailed down my narrative timeline and written my first chapter. Our weekly sessions helped keep my motivation up. By asking the right questions, my coach always managed to explore stumbling blocks I was encountering and unpick them so I could continue moving forward.

One breakthrough came when I realised there were parallels between my character who dies, and my real-life sons. This was making certain chapters of my book too painful to write and therefore, I was avoiding tackling them. Together we discussed my options, and by changing the character to female and I was able to face the process easier.

From the very beginning, my coach was like a ray of sunshine; encouraging me and showing so much faith in me as a writer that it became contagious. Since encountering coaching, my momentum has not waned and I’m finding that the tools I’ve gained has made many other aspects of life easier too.

Working with a coach has been quite a revelation, to reflect on how, while I appeared outwardly confident, I’d turned down or failed to chase many opportunities purely because I had told myself I wasn’t capable or worthy. My lack of confidence had been holding me back for years. It was a frustrating realisation, but my coach helped me see that there was no time for regret.

Having identified that only I was holding myself back, it was time to move forward with a different mindset, and one that was a good example to my children too. I didn’t want to be an old lady telling them of things I could have done, or nearly did or had thought about doing. I will finish my book, because coaching has helped me to renew my mindset. This mindset is now serving me to believe that I can finish! Without coaching I really think I would still be staring at a blank page.

Emma Ponsford is a 44-year-old journalist who has worked in the media industry for 25 years. The former crime reporter, news editor, breakfast radio presenter and iBook author has set herself a fresh challenge of writing a novel. She lives in Surrey with her family and when she is not writing, her favourite pastime is cheering her sons on from the sidelines and eating cake. 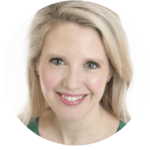 Lara Langman, ACC, Emma’s coach, is a professional coach with 20 years of experience growing and developing executives. Being fascinated by the human mind and the power it has to create the lives we want, Lara invites women to experience breakthrough from their limiting mindsets to achieve their aspirations through the coaching process. Outside of work, Lara enjoys energetic walks through the beautiful English countryside with her family and six-month old energetic miniature Schnauzer.

This article is part of a special series celebrating International Coaching Week 2022! This year’s theme is “Reimagining the Future”.

Coach Advancement by Tracy Sinclair supports organisations to develop the potential of their people through coaching, coaching skills and coaching culture. Our Coaching with Conscience services specialise in offering coaching and coaching related services in support of positive social impact and social progress. Get in touch and together we can reimagine the future!

If you are interested in learning more about our coach training opportunities, register to attend our next FREE Think with a Drink webinar on Tuesday, May 24, 4-5 p.m. (London).